How Many Words Should Our Songs Have? 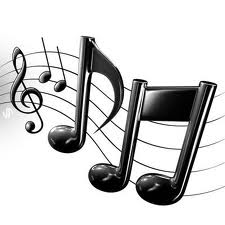 One of the things that can get mentioned as a negative against some of the newer congregational worship songs of today is in reference to their length. You know, they are just too short. And, accordingly, these short songs cannot and do not carry much theology within them. Thus, the conclusion is that much of today’s songs are not as good as those of a foregone era. It’s those longer, more wordy songs that are chalked fully of theology and, hence, they are more pleasing to God (or at least more pleasing to those making the assertions).

As one who loves deeper study and engagement with theology, you would think I would agree with such a sentiment. And, at times, I do recognise that some modern songs seem a bit too fluffy, lacking in substance. Yet, overall, I am not sure I appreciate much of the banter against modern day hymns.

Yes, hymn is the appropriate word even today, for a hymn is simply a song in honour of God. The contemporary charismatic needs to remember that the word hymn should not convey, in any negative sense, an old traditional song in King James English. And for one of a more traditionally liturgical background, hymn does not inherently denote a wordy song chalked full of theology, much more worthy to be sung to God than those songs of the 20th and 21st centuries.

A hymn is a song that is sung in honour to God, no matter the length.

I once heard modern songs referred to as the ‘7-Eleven songs’, the meaning behind such a reference pointing to songs that have 7 words with those same 7 words getting repeated eleven times. This was all a play on the name of the American convenient stores. But songs of today, whether those written by others or our congregation’s own worship leaders and musicians (yes, this is such a needed reality), do not fail based upon word length. AT ALL!

Let me give you two examples of short songs that are very appropriate and very pleasing to our Father, for they are actually found in Scripture:

What is interesting to note is that the Psalms are not given to us as theological treatises. They are songs and prayers of David and others pouring their hearts out to God. That is where they begin. Of course, there is a didactic (teaching) character to these songs. I don’t negate that. And they also carry a very prophetic flavour to them (and I would say all of our worship songs should have a prophetic essence as well). But they are songs, prayers, poetic cries from the heart in regards to what is going on in the life of God’s people and/or their king. They are not given to tell us the theological and doctrinal in’s and out’s of justification or election or any other soteriological (salvation) terminology. They refer to God’s salvation, or God’s deliverance, of his people. But they are no dissertation on such.

Now, let me also remark that I very much appreciate songs that have multiple verses that might include many words. I love such songs as In Christ Alone, Before the Throne of God Above, Beautiful Saviour, The Wonderful Cross and other more wordy songs. But I also appreciate shorter songs like Amazing Love, Everything, Oh Taste and See and Your Name. And, yes, these shorter songs still teach. But I suppose the 16 words that the living creatures cry day and night, night and day also teach something very deep and prophetic about the praise due our God!

In all, for those who still champion such a call against modern songs and hymns, I think it’s time to step down off that horse. Whether they carry 1 word (Hosanna!), 4 words (Holy is the Lord!) or about 40 words per stanza with 9 stanzas (Crown Him With Many Crowns), the length of a song is no intricate pointer to its truth, revelation, prophetic exhortation, and essence of true worship and praise. Of course, we don’t want to just sing any old song. There are some songs that are worth laying to the side. But the songs of today can and do carry just as much import as those of yesteryear.

Let us sing together both hymns or old and today.